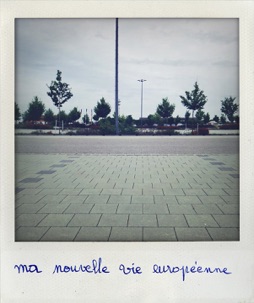 Abou from Mali finally makes it to Europe. During his journey, he was recording himself with a digital camera, which later became the footage for the well-known feature film Those Who Jump. The short starts with his new promising life in Europe.

The feature film he made gets shown all over the world and throughout Germany, where Abou lives as an asylum seeker. His life oscillates between that of an artist with a voice, who is invited to screenings and events, and the isolation and boredom in a remote refugee centre.

This is an essayistic reflection on Europe’s invisible borders and filmmaking as an act of self-empowerment.